Description Evaluations 0
Description
Maedeup is a language of the hands, a flower of the heart. It was like a kind of wings for... more
Close menu
Product information "Korean Culture Series 6 - Maedeup: The Art of Traditional Korean"

Maedeup is a language of the hands, a flower of the heart. It was like a kind of wings for Korean culture, leading the Korean spirit into flight, like the wings of the bats adorning a Joseon nobleman’s coat, and the wings of butterflies and phoenixes that decorate silver daggers. This book introduces the history of maedeup, its uses, and the making of maedeup, through detailed explanation and illustrations.

About the Autor
Kim Hee-jin was born in 1934 and attended Jin Myeong Girls’ High School in 1946. It was in 1963 that she first developed an interest in traditional ornamental knots, maedeup, which in the aftermath of devastating social turmoil in the first half of the 20th century, was quickly becoming a dyeing art. Kim embarked on a quest to learn the techniques of creating traditional maedeup and dahoe, or knots and cords, from the last surviving artisans of the craft. After studying the various techniques with the masters, Kim organized and developed them into the art of Korean traditional ornamental knot-making, known as maedeup.
In 1973 Kim founded the Kim Hee-jin Traditional Craft Institute where she began to offer individual classes in maedeup, and in 1976 she was designated a master in the field of maedeup, a state-designated Important Intangible Cultural Asset. In 1979, she founded, along with her students, the Korea Maedeup Research Institute to help train and nurture a new generation of maedeup artists.
In 1984, on the occasion of Pope John Paul II’s visit to Korea for the bicentennial of the Catholic Church in Korea and the canonization of 103 Korean saints, Kim contributed her first maedeup rendition of a cross to be used in the ceremonies.
Kim Hee-Jin has held nine solo exhibitions and participated in 22 group shows as a member of the Korea maedeup Research Institute, both in Korea and abroad. In September 2004, she held a retrospective at the National Museum of Korea titled “Aesthetics of Balance and Symmetry-maedeup, Korean Traditional Knots,” which brought together her own creations from the past four decades, along with her extensive collection of antique maedeup. This show was organized in conjunction with the International Council of Museums 2004 held in Seoul on the theme “Museums and Intangible Heritage.” Kim donated the entire contents of the exhibition to the museum.

3. Maedeup and Its Uses
1) Trappings of Authority
2) Musical Instruments
3) Buddhist Art
4) Ornaments for Women
5) Ornaments for Men
6) Other Decorations 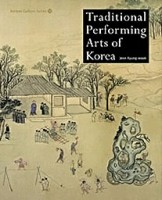 Floral Lattices, Columns and Pavilions
€29.90 *
Viewed
This website uses cookies, which are necessary for the technical operation of the website and are always set. Other cookies, which increase the usability of this website, serve for direct advertising or simplify interaction with other websites and social networks, will only be used with your consent.
Decline Accept all Configure