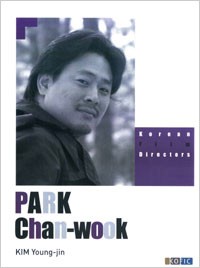 This book is an introductory guide to PARK Chan-wook, the 2004 Cannes Grand prix winner and one of the most acclaimed and popular Korean film directors. The book looks within with an insider's eyes and gropes roughly for the root and stems of cinematic world of PARK, who has achieved both critical and commercial success, performing stunts verging on the acrobatic between genre convention and directorial individuality.

Among PARK Chan-wook Films are:

Im Sang-soo - Korean Film Directors
€12.90 * €29.90 *
Customers also bought
Customers also viewed
Viewed
This website uses cookies, which are necessary for the technical operation of the website and are always set. Other cookies, which increase the usability of this website, serve for direct advertising or simplify interaction with other websites and social networks, will only be used with your consent.
Decline Accept all Configure