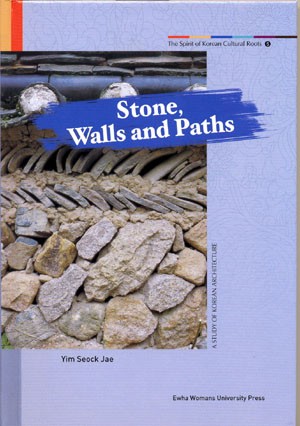 “The Spirit of Korean Cultural Roots” series has been planned as part of the projects to figure out the source and the characteristics of Korean culture in general. The publisher of the series plans to release a total of 100 volumes (50 in Korean and 50 in English) by the year 2009 to precisely deal with various topics related to traditional Korean cultures - including literature, history, music, fine art, craft, furniture, food, costumes, architecture, and plays - under one grand theme. Pursuing openness and professionalism, these volumes finally aim to help readers understand Korean culture more deeply. One of the merits of this series is that it comes closer to the readers through its unique editing with small-size format and with abundant visual materials. One of the characteristics is that the series offer English translations with a view to contribute to the globalization of Korean culture abroad.

Floral Lattices, Columns and Pavilions
€29.90 *
Customers also bought
Customers also viewed
Viewed
This website uses cookies, which are necessary for the technical operation of the website and are always set. Other cookies, which increase the usability of this website, serve for direct advertising or simplify interaction with other websites and social networks, will only be used with your consent.
Decline Accept all Configure