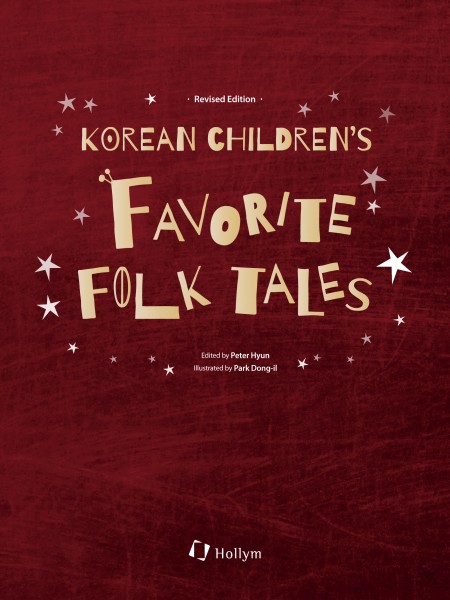 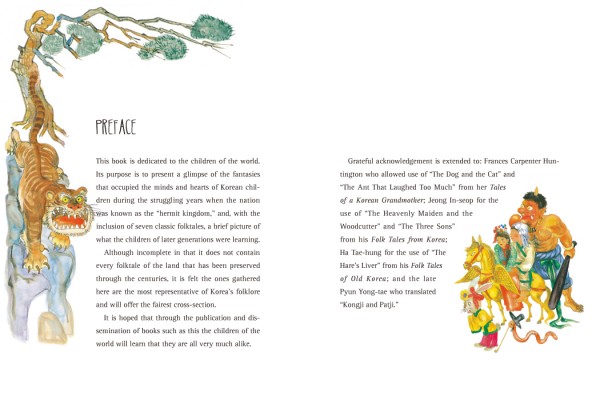 Hollym revised one of its steady sellers in area of Korean folk tales: Korean Children’s Favorite Folk Tales. The book contains seven tales. It includes not only tales already famous such as “The heavenly maiden and the wood cutter” and “Kongji and Patji,” but also unknown Korean tales such as “The three sons” and “The ant that laughed too much.” The excellent colored-pencil illustrations mix well with the stories.

The stories with various characters like goblins, insects, animals, and human beings impart wisdom to the readers and sometimes bring laughter, too. How did our ancestors think about the bad relationship between cats and dogs? The answer is in the story of “The Dog and the Cat.” To get back their owner’s treasure, dog and cat underwent all sorts of troubles causing conflicts of opinion, and could not recover their relationship… “The Three Sons” shows how three sons change useless articles left by father to real valuable things. “The Vanity of the Rat” is the story about parent rats looking for the best man for their daughter. Guess who? He was not a sun, not a cloud, or not a statue. The process of finding a man fit for their daughter causes laughter. Parents could answer their kids’ question like ‘why do ants have a very thin waist?’ by reading the story of “The Ant That Laughed Too Much.” Outside of that, “The Heavenly Maiden and the Woodcutter,” “The Hare’s Liver,” and “Kongji and Patji” are included in the book.

Reading folktales gives children fun, wisdom, and impression. The children around the world could explore a wonderful world through many kinds of character of this book. Reading this book with easy English and funny illustrations is a good beginning to understand Korea, Korean people, and Korean culture. 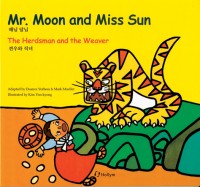 2 - Mr. Moon and Miss Sun / The Herdsman and...
€15.90 * €17.90 *
Customers also bought
Customers also viewed
Viewed
This website uses cookies, which are necessary for the technical operation of the website and are always set. Other cookies, which increase the usability of this website, serve for direct advertising or simplify interaction with other websites and social networks, will only be used with your consent.
Decline Accept all Configure