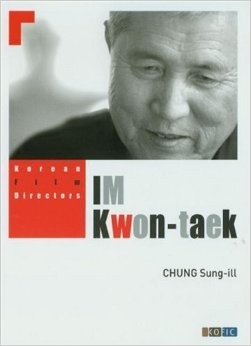 For almost 50 years, master director Im Kwon-taek has chronicled the tremendous events of Korea's twentieth century through the detached lens of the camera. This comprehensive volume of essays, interviews and biographical information from renowned film critic Chung Sung-ill delves deeply into the man behind the epics "Sopyonje," "The Taebaek Mountain," and "Chihwaseon." The publication of the Im Kwon-taek volume in 2007 could not be more timely, with the release of his 100th film, "Beyond Years," scheduled for April 2007. Im was born in 1934 in Jangseong, Jeolla Province, and lived through Japanese colonial occupation, the polarization of the political factions that led to the Korean War, decades of dictatorship, the dawn of democracy, and a rapidly changing society forgetting its past. This volume is a brilliant orchestration of the historical backdrop for Im's works with insight into the film director's psychology and personal experience.

Preface
His Thoughts I: Eyewitness to History (1962-1992)
His Thoughts II: Returning to His Roots (1993-Present)
Interviews
Biography
Synopsis
Filmography
Endnotes
References
About the Author
Index