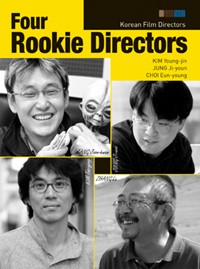 If one looks back upon history, Korean cinema has always repeatedly passed through fixed cycles of booms and crisis. Now, as we go through the aftermath of compacted modernization, just as was the case with Korean society, indications of fissure and decline are slowly appearing within the industry. But just has been the case over all of these years when it has broken through crisis, Korean cinema is in any event supplied with a driving force through the appearance of new talents, and will be able to transform itself once again. This book is an attempt to shed new light on some new faces of Korean film as we look back on the period leading up to the mid-2000s by highlighting the attempts of some young directors who have not yet accumulated long filmographies, but have achieved considerable results.