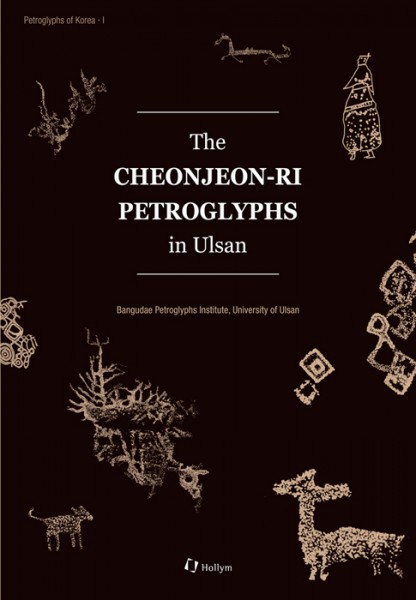 Actual Survey Report of the Cheonjeon-ri Petroglyphs in Ulsan

The Cheonjeon-ri Petroglyphs—No. 147 National Treasure of South Korea—consist of a large rectangular rock panel under a low hill, and several other rocks located north of this main panel about 2 kilometers from the Bangudae Petroglyphs in Ulsan. The numerous figures of deer, dogs, unidentifiable animals, human faces, full-length human bodies, geometric patterns, and more than 1,000 inscribed letters are carved on the panel.

Publication of this book is a great step forward in the study of this important site, an accomplishment that should be recognized by scholars both in and outside Korea studying rock art sites, ancient texts, and other historic relics. In fact, several survey reports of the site have been made, focusing on figures or inscriptions or on particular works or techniques, depending on the interests of the researchers.