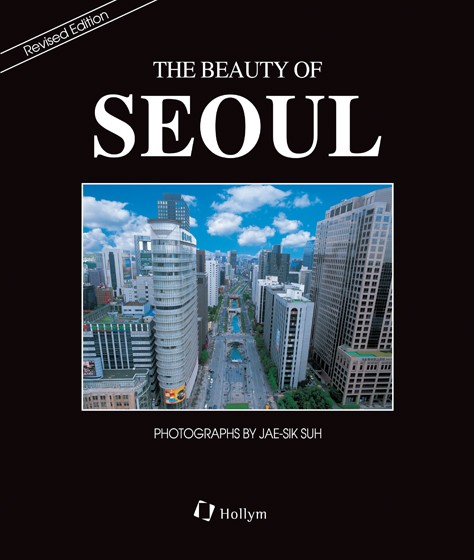 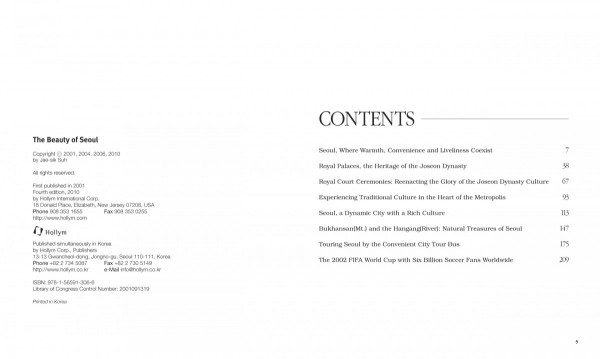 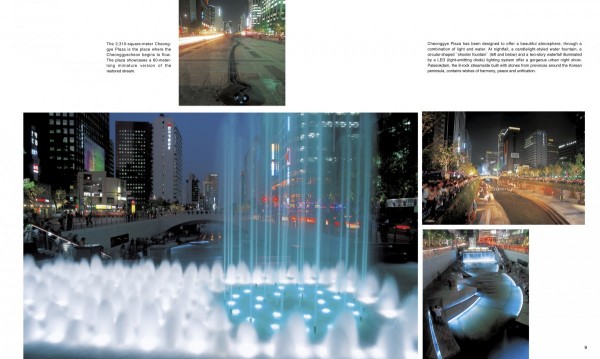 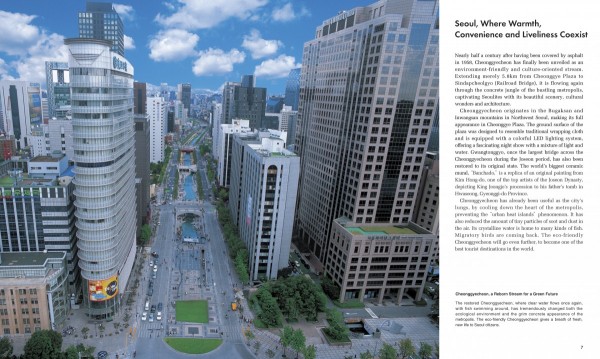 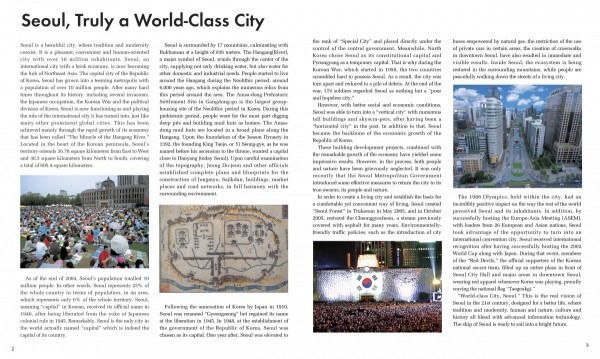 New 3rd Edition with 16 additional pages on the reborn river Cheonggyecheon through the center of Seoul.

Do you know Seoul the capital city of South Korea? Korea has suffered many vicissitudes. Everybody knows that. She was destroyed almost to ashes. It was not a far cry to say she had no future indeed. But she came to her feet again, and after that did not ever look back. Korea now is one of the most industrialized countries, with its capital city, Seoul, one of the largest and most crowded megalopolitan cities in the world. But it is wrong to think that Korea lost everything traditional, its legacy and heritage during the time of being colonized, war, and industrialization, because there is still plenty. Korea is a beautiful country. The natural environment is beautiful and so are the people who work hard and make their lives here. The traces of the ancestors who made this land their home such a long time ago have not disappeared; the link remains strong as their descendents continue to live on the same land today using one common language, finding pride and dignity in the continuation of their history and culture. The Beauty of Korea contains the beauty which could be found nowhere but in Korea through the marvelous works of photographer Suh Jae-sik.

Review of The Beauty of Seoul: Award-winning Korean photographer Suh has contributed both photography and text to this beautiful book featuring the people, architecture, and sites of South Korea's capital. Suh is a widely published photographer whose previous books with the Hollym Corp., The Beauty of Korea and Hanoak: Traditional Korean Homes, follow a similar format. He has worked for several Korean magazines and covered the 1988 Olympic Games. In this work he shows us the sites of Seoul in all the seasons and the inhabitants in their various activities. The text details the city's history and future... This is a handsome photography book about a location that is little-known to many American travelers... Library Journal, April 2002. 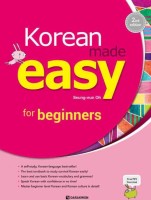 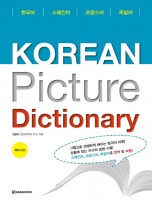 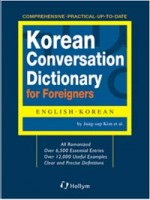 Korean Culture Series 1 - Modern and...
€34.00 *
Viewed
This website uses cookies, which are necessary for the technical operation of the website and are always set. Other cookies, which increase the usability of this website, serve for direct advertising or simplify interaction with other websites and social networks, will only be used with your consent.
Decline Accept all Configure